IATSE 23 Rhode Island3 weeks ago
GO hard, your life is priceless, your time with your families invaluable, YOU are irreplaceable to the only people that matter THE MOST. The Show can and WILL go on without you. GO HARD, Right in the wallets, Show Hollywood who makes who a STAR…..

Show them who MAKES their vision a reality, at the expense of a families time together. Instead of mommy or daddy being at little Janeys birthday party, they’re stuck at work because the shoot day went on forever. An irreplaceable moment in time, an expense FAR greater than an Emmy…..

Bob Marley in Get Up Stand Up.Enjoy!
3    View on Facebook

IATSE 23 Rhode Island1 month ago
I’m writing this just a few hours away from Sarah Jones’ birthday, September 22nd. This, or course, invokes many memories of Sarah. Of the rich life she led. But allow me to jump to some scary memories.

On several occasions she called us in the middle of the night, let’s say at 2:00 AM. Driving home from a long shot she would call us and ask to just converse with her so that she would not fall asleep as she drove. As a side note, we imbedded into our children to call us, no matter the time, when they were in need. So, we were always grateful that Sarah would wake us in order to help her get home.

Shortly before Sarah met with her tragic death, she told me that she had just watched Haskell Wexler’s film “Who Needs Sleep”. She was concerned with the absurd and unsafe hours that were demanded of film crews. A fear that her mother and I understood in our prayers that she would make it home, once again, safely.

Shortly after Sarah’s death I had the opportunity to meet Haskell Wexler and to discuss his 12 on / 12 off philosophy. He clearly was concerned and shared that concern with me.

Now please understand that I am not of the film industry, and I am not familiar with the details of the important negotiations that are currently occurring. But I do understand and can personally relate to the vital concerns of working absurd hours, day after day, to the point of being downright dangerous.

The ‘Sarah Jones Film Foundation’ and it's ‘Safety For Sarah’ efforts were formed to make the industry that Sarah so loved a safe and freeing environment to help create wonderful films. But, at the end of the day, a piece of entertainment is not worth life!

So in short, these absurd long hours need to be stopped, before we loose yet more lives. We don’t need more parents celebrating their child’s birthday… without the child!

Happy Birthday Angel Sarah! We so miss you.

IATSE Local 23 Rhode Island · 6 hours ago
@IATSE23RI
if this doesnt get you, check your pulse

IATSE Local 23 Rhode Island · 3 weeks ago
@IATSE23RI
Why is self care such a foreign concept, the show will go on with or without you. Don’t you want to be able to go see it?
View on Twitter
0
0 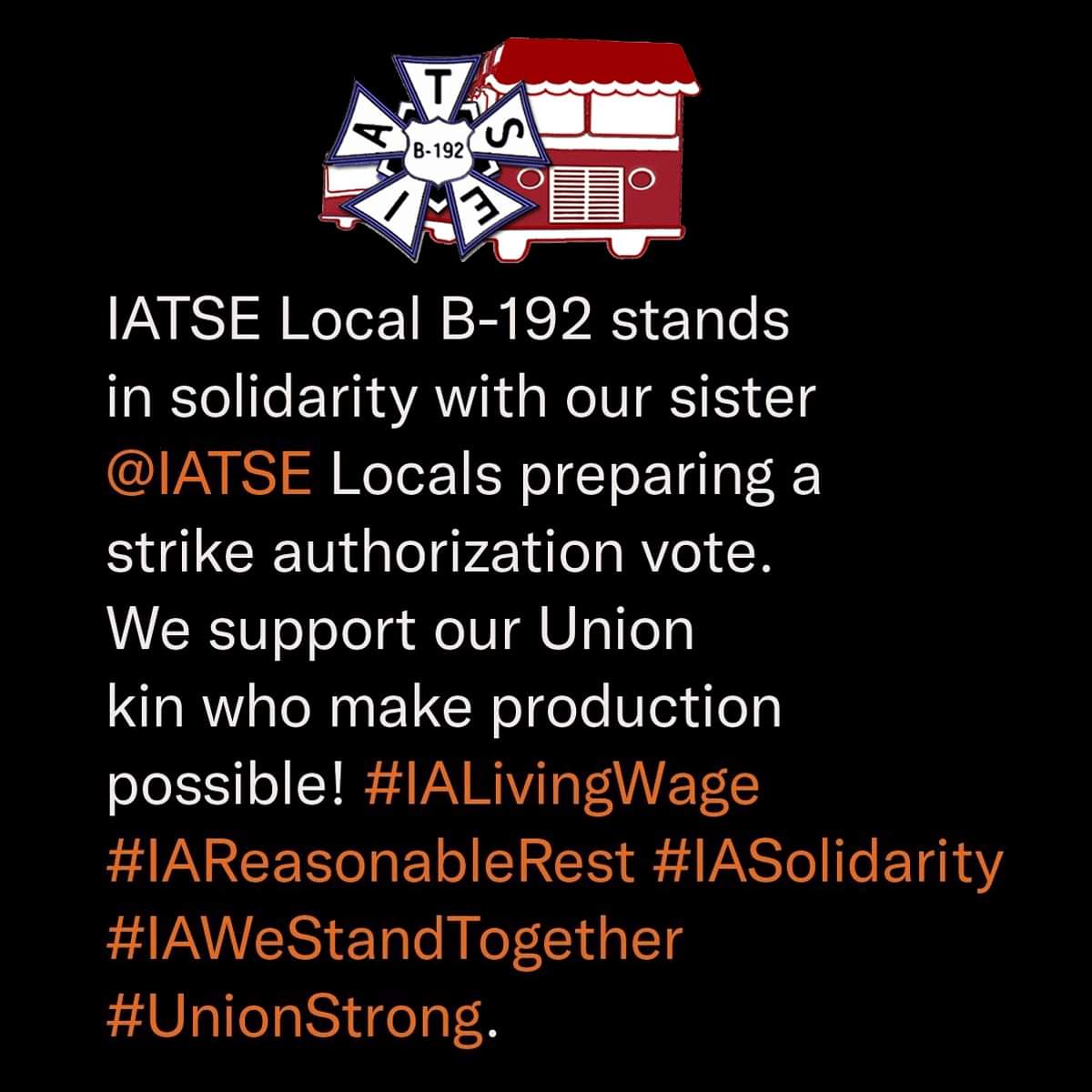